Siem Reap, located in Cambodia, is the gate to the world-famous Angkor temple, which includes the magnificent Angkor Wat. The province have many luxury hotels. 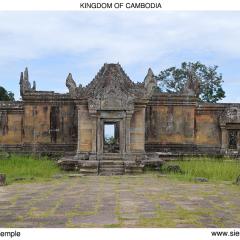 Situated on the edge of a plateau that dominates the plain of Cambodia, the Temple of Preah Vihear is dedicated to Shiva. The Temple is composed of a series of sanctuaries linked by a system of pavements and staircases over an 800 meter long axis and dates back to the first half of the 11th centu... Read more 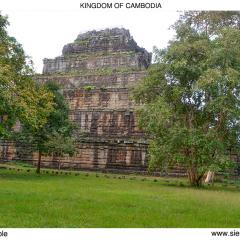 THE CITY OF KOH KER (CHOK GARGYAR) 921-944 In 921, “This Sri Jayavaraman, victorious” “having no other supporter in his race than himself,” was usurper, who temporarily conquered and left Yasodharapura (Angkor) than abandoned it or was driven out and established ... Read more 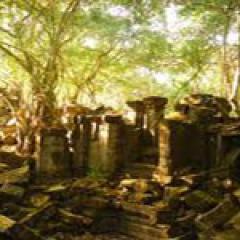 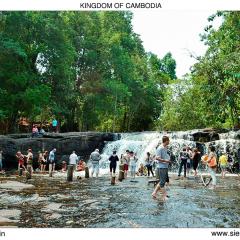 Date: The 9th century.  King: Jayavarman II.  Religion: Hindu.  Art Style: Kulen. This is where the 500-year Angkorian period began. Built in the 9th century by the Hindu King Jayavarman II, it is a mountain on which he initiated the "God-Ki... Read more 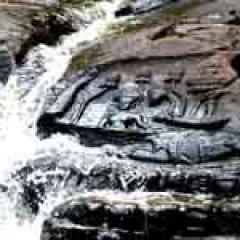 Date: The 11th - 13th century.  King:  Religion: Hindu/Buddhist.  Art Style:  Kbal Spean literally means "the head of the river." This is one of the two rivers of a thousand lingas, made up of unique lingas and linga stands chise... Read more

Date: The second half of the 10th century (967)  King: Rajendravrman II and Jayavarman V.  Religion: Hindu (Siva).  Art Style: Bateay Srey.  The miniature temple of Banteay Srey is located 25km north-east of the Bayon as the crow flies,... Read more 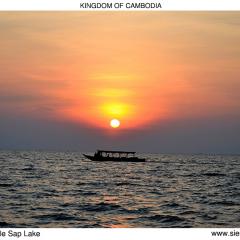 Tonlé Sap Lake is one of the largest freshwater lakes in the world, cyclically swelling from 2700km² in the dry season to 16000km² during the monsoon. Floating fishing villages dot the semi-submerged forest tha... Read more