This is where the 500-year Angkorian period began. Built in the 9th century by the Hindu King Jayavarman II, it is a mountain on which he initiated the "God-King" linga. He soon moved his capital to the region referred to as the Roluos Group, several sites including hundreds of linga stands in the Siem Reap River. The site of Phnom Kulen also has waterfalls and an active pagoda. 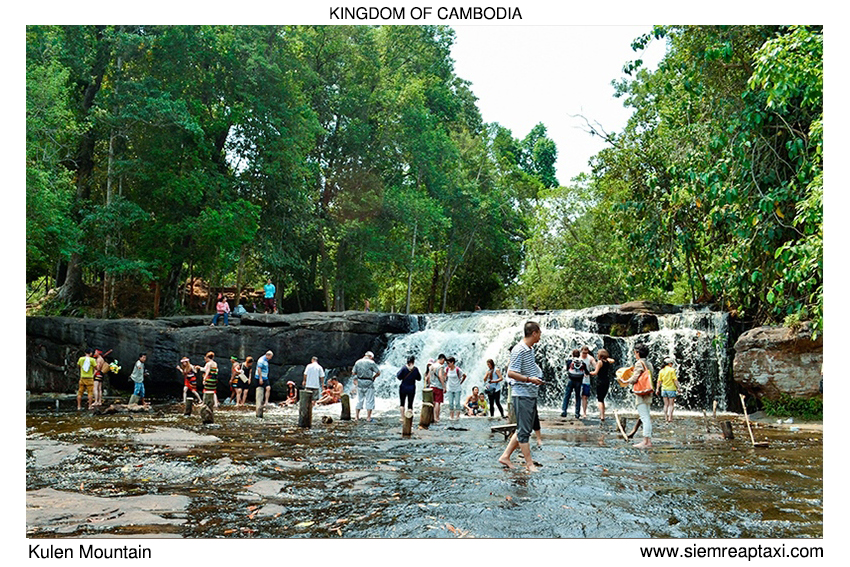 Phnom Kulen is widely regarded as the birth-place of the ancient Khmer Empire. It is 50km from Siem Reap, this hill-top site has the country's largest reclining Buddha and it was here in 802A.D. that king Jayavarman II proclaimed independence from Java. Khmer Rouge activity in this area has rendered Phnom Kulen inaccessible in the part, but it is now very safe to visit. Roads conditions are still poor in the rainy season, but this is ironically, also the best season to see the falls in their full glory. Cutting through the area is the river of 1000 lingas. Just 10cm under the water's surface are 1000 small carvings etched larger blocks of stone are carved with Apsaras, Vishnu representation and other figures.